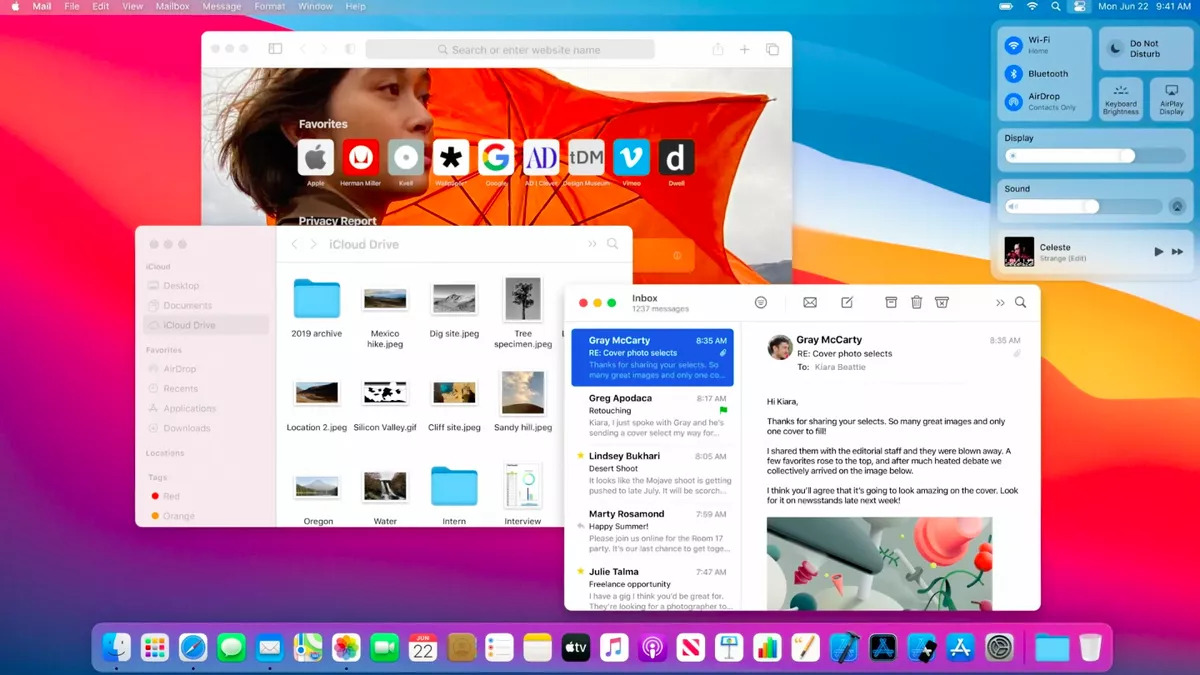 macOS fans rejoice! The public beta for macOS Big Sur is out as of 5th August and it’s a significant change for multiple reasons.

Firstly, it’s the first OS 11 version as a nod to Apple’s transition of the Mac line to Apple Silicon. The location naming convention continues (I had to look up what Big Sur was but Wikipedia tells me it’s a “rugged and mountainous section of the Central Coast of California between Carmel Highlands and San Simeon” so maybe the next one will be called San Simeon.)

In terms of aesthetics, Big Sur is a big step in the homogenisation of Apple’s device UIs. App icons and menus are more rounded with more padding around text (a style dubbed “neumorphism”), iOS’s Control Center is now included, and according to Apple, on Macs based on Apple silicon, macOS Big Sur will run iOS and iPad-specific apps natively and without any modifications for Macs.

I avoid updating to the newest macOS version (so I’m on Mojave and Catalina is the current stable version). My old university tutor taught me this to avoid any compatibility issues. That and it’s safer, avoids catching bugs and prevents me frantically backing up data or fearing I’ve lost any.

That’s why I won’t be getting Big Sur for another 18 months or so and I’m glad for that because I don’t like the homogeny with iOS/iPadOS’s UI. iPhones, iPads, and Macs exist to serve different purposes and by making them all look and feel the same, it’ll confuse people—what should I buy?

Of course, Apple don’t care as long as you buy something they’ve made and Apple enthusiasts will buy all their products regardless. But, as I write this article on a Macbook Pro with the shittiest keys I’ve ever used on a device, I won’t be falling for this trap. macOS Big Sur is for people who chase the future like it’s already happening.

My advice: wait a while.

You can watch a great review of it below.