Home The Internet rhyal.com is website hosted on a Macintosh SE/30 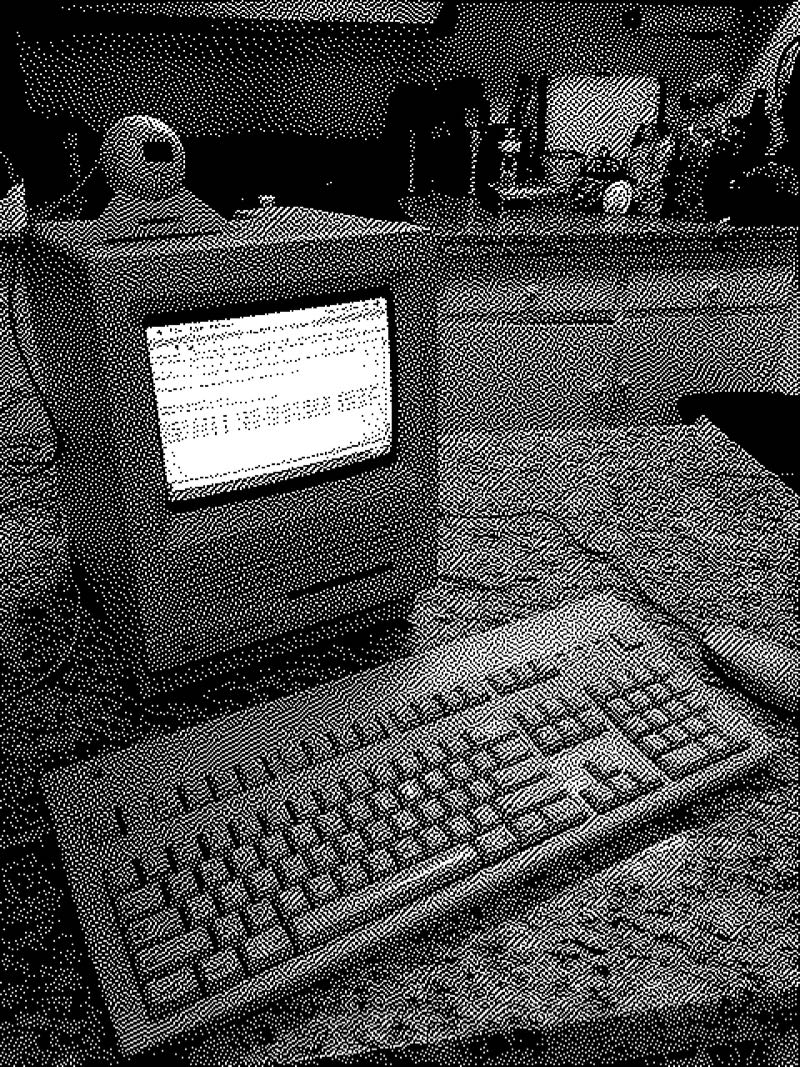 In an era of solid-state drives and cloud computing, rhyal.com is a relic of the past. But the website tells an important story.

My first ever website was on Geocities and most of the hyperlinks didn’t go anywhere. It was half-finished but I was desperate to get it online. I was 11 at the time and I didn’t even have full access to the internet.

It’s incredible knowing I’ve been active on the Web for 20 years. Some of the biggest sites around are much younger than that. And some are even older. rhyal.com is by no means the oldest but the technology running it is as old as me.

As it says on the site, rhyal.com is being hosted and served by a Macintosh SE/30 running MacOS 7.5.5. Because of that, all you get is a dithered GIF image, lots of unstyled text, and an archaic guestbook. Remember those? Before commenting systems like Disqus, there were guestbooks.

But anyone who knows about computing will understand you can’t just put a website on 30-year-old computer and hook up and ethernet cable. So, to ensure it runs smoothly, the webmaster upgraded the Macintosh SE/30 with:

There were other modifications too, including adding ethernet capabilities (as seen in this Imgur collection). The project is the creation of sales engineer Huxley Dunsany who said he just wanted to see if it could be done.

The SE/30 was the first compact Mac to come with a 1.44 MB high-density floppy disk drive. It was powerful enough to produce This Week Newspaper, the first colour UK tabloid to use a desktop in this way.

After rhyal.com was featured on Slashdot, the site grew to over 20,000 visits. But not even Dunsany’s mods can handle large visitor counts. Apparently, the computer manually reboots once the “sequential visitors count runs past ~1000” likely due to an overflow issue with the software running the site.

And the URL? Rhyal is Dunsany’s son’s name. He said he felt he might have wanted his own domain name when he was older. Almost cooler than a trust fund.

Rhyal.com and the bare necessities

But Huxley Dunsany’s mini-project tells an important story about the Web as a whole and what you actually need to create technology in our post-Information Age. Websites are disappearing from the Internet due to obsoletion and deletion. It’s upgrade or die in so many ways, so it seems remarkable to see someone in 2019 make a few adjustments to an Apple computer from 1989 and get a website live.

But not only is it live – people are visiting regularly and leaving comments using rhyal.com’s guestbook. So many web services tell us what the present is and what the future will be. But sites like rhyal.com show that ingenuity and imagination can see past capitalism buzzwords and ideology and get consumers to use the most basic of technology to communicate.

Billions of tweets, Instagram comments, and Facebook statuses are left every day and people have no trouble visiting a site that wouldn’t look out of place when I was a baby. And leave comments in Times New Roman. Rhyal.com also shows that you don’t need to spend a lot on top-of-the-range hardware and software to just get a site on the internet. That’s all this is. Fundamentally, it’s another node on the World Wide Web.

The Y2K Problem, Described by LGR

The power of hyperlinks and how they changed everything

My new favourite blog post is about hypertext from 1998

Browsing The Web Without CSS