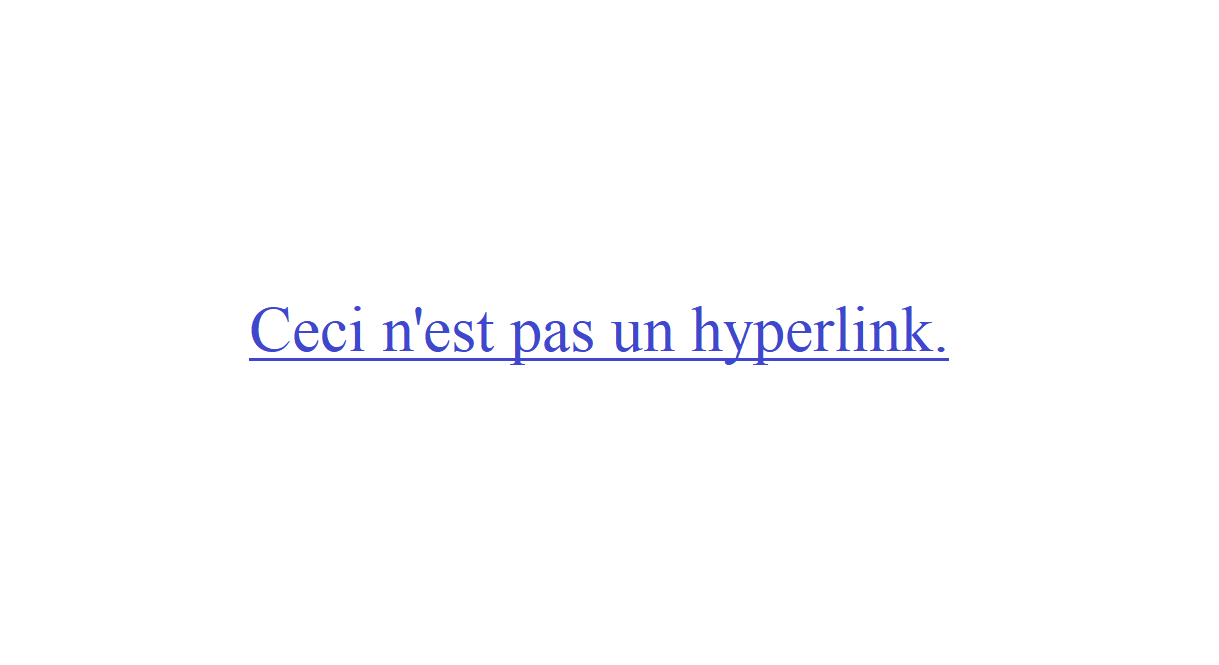 Facebook’s UX master Margaret Gould Stewart spoke about hyperlinks and their symbolic status on the Web.

As you can see, I’ve fallen down a hypertext/hyperlink rabbit hole lately and been on the search for more of the same. I stumbled upon this video a few days ago and it’s a brilliant albeit short watch.

Margaret Gould Stewart is a UX expert who currently works for Facebook (and previously for YouTube). She’s also a TED Speaker so she can literally say “thank you for coming to my TED Talk” and mean it. As part of TED’s Small Thing Big Idea series, Margaret discussed the hyperlink and its influence on the web as we know it. She called the hyperlink “the LEGO block of the internet” and I couldn’t agree more.

She also goes into the history of the hyperlink and how it started off as nothing more than blue underlined text but soon became a versatile and dynamic way of linking people to new information. She goes further back to the days when libraries and books were the sole means of gaining quantities of knowledge (besides maybe home encyclopedias).

The video is only 3 minutes long but there’s a lot to go on for more information. A lot of what Margaret says are hyperlinks in a way, but they’re vocal rather than textual. So allow me to convert them into real hyperlinks. Stream the video below and follow the links underneath for more info.

The Y2K Problem, Described by LGR

My new favourite blog post is about hypertext from 1998

Browsing The Web Without CSS