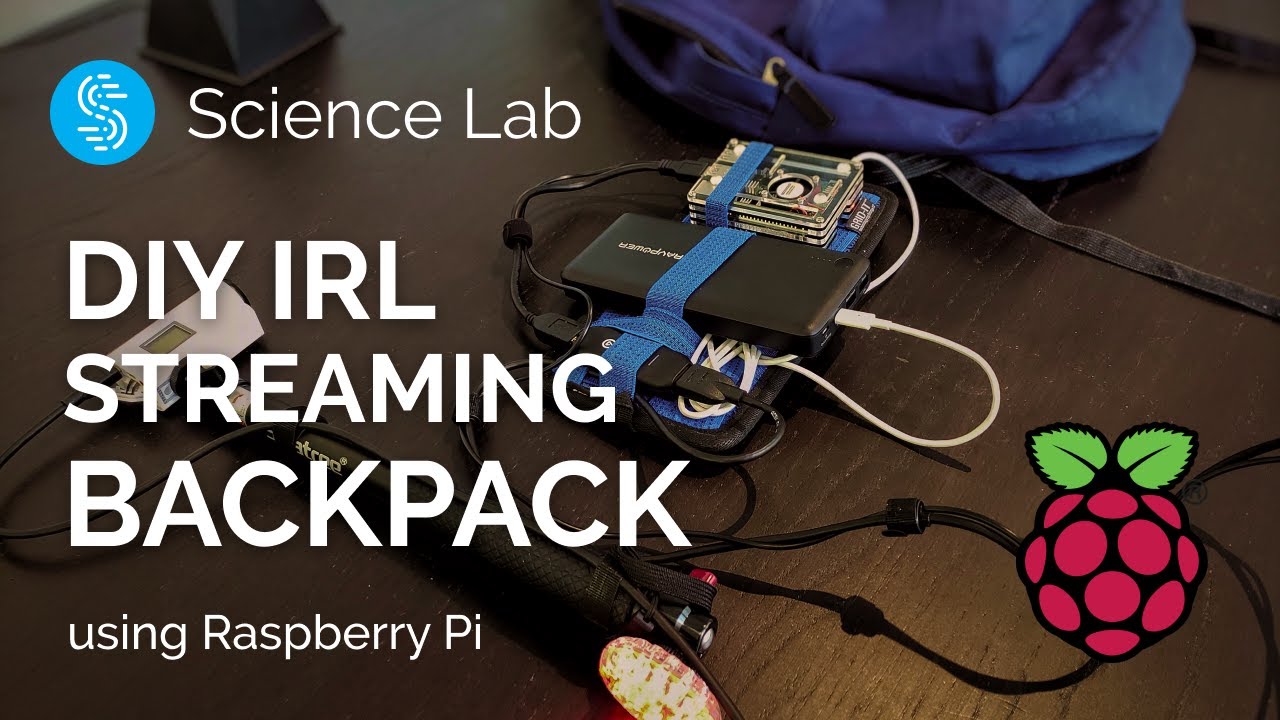 If you’ve never heard of one before, The IRL Backpack is a backpack equipped with HD streaming capabilities, allowing you to stream up to 12 hours to services like Twitch, YouTube, and Facebook Live. All the streams are high-quality and you don’t need a crew to get going.

But the price can be offputting for some. A complete data kit from UnlimitedIRL costs $575/month. Unless you’re a major streamer, that might be too steep.

Speedify Labs, in their esteemed wisdom, decided to make their own live streaming backpack with a Raspberry Pi 4. And it’s cheaper. But there’s an emphasis on the -er part – their build cost about $600 so out of the price range for someone starting out. But it’s a one-off payment compared to $600 a month for the UnlimitedIRL version.

The downside is the Raspberry Pi 4’s limited video capabilities. Everything you film gets encoded and broadcasted in 720p at 24fps. Now, that’s fine for most people. After all, films are still rendered to 24fps. But a lot of stream watchers are used to 60fps from their gaming and that community can be very stuck in their ways.

And then you have to get that video over a decent mobile connection. 4G is still a struggle in the UK, even in places like London where Open Signal measured the lowest average 4G speeds in the country.

But Speedify had that covered, using their VPN with multiple Internet connectivity. The Raspberry Pi could then stream video through two mobile phones connected via USB. It was strong enough to stay connected in and out of buildings, as you can see in the video.

The joys of a DIY project is there’s always room for improvement. You can replace components when better ones become available. And as technology advances, so can the power of the finished product.

Will this be the future of on-the-go live streaming for budding streamers? Maybe not in this form. It requires a lot of bespoke work and a technical mindset. The expensive models cost more because you’re paying someone else to do the hard work. But as a mini-project, it shows the powerful capabilities of the Raspberry Pi 4 and what you can get with DIY tech.