The sickeningly entertaining coding drag queen uses copy and paste to create a website in HTML, CSS, and JS. 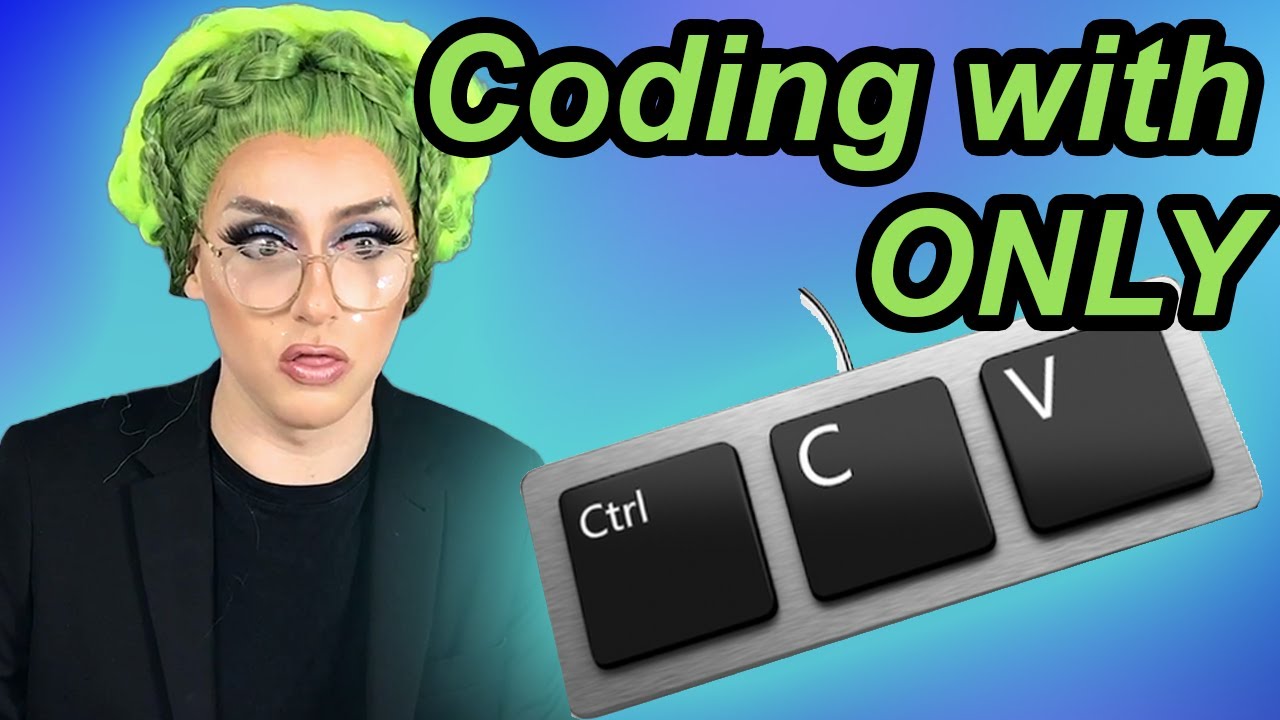 Hands up if you’ve copied and pasted some code from Stack Overflow to make something work. I know I have.

And that’s okay because Anna Lytical understands. The coding drag queen made a video in response to some men who got upset at her tweet saying:

Cue a bunch of misogynistic tweets. Boohoo to those men. If you don’t know Anna Lytical, she works as a developer relations engineer at Google, but creates video content in drag in her spare time with a mission “to teach the children how to code” and “engage a young LGBTQ+ audience with code and tech”.

In the video, Anna makes a website where she only copies and pastes HTML, CSS, and JavaScript code from the internet to tell her whether RuPaul’s Drag Race is on that day.

That’s exactly how I learnt to code when I started in 2001 at the age of 11. You can study from books and academic material for as long as you want but you’re gonna have to put the code down at some point. And if you learn via copying and pasting, so be it. Of course, you shouldn’t just blindly do it and never actually learn the syntax and context, and that isn’t what Anna Lytical is suggesting, but to call someone a “bad coder” for doing it is nonsense. Especially when other men can make these kinds of jokes and they’re understood as humour.

* – Please don’t actually do this or you’ll wipe all the files on your computer.