With a few hundred lines of code, Chris Williams of The Register gives an illustrated view of nuclear fission. 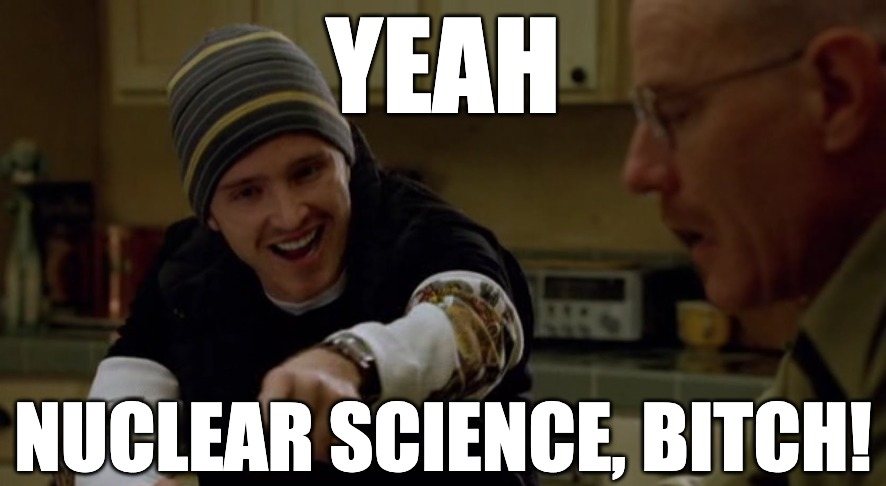 With a few hundred lines of code, Chris Williams of The Register gives an illustrated view of nuclear fission.

Everyone talks about how hard (or boring) science was at school. But that needn’t be the case and scientific simulations like this are the reason why.

Chris Williams, the editor of The Register, wrote a script that showed the process chain reactions involved in nuclear fission over time.

Got bored and wrote some fun JavaScript that illustrates nuclear fission chain reactions. Change the variables to tweak operation. Press play to make it start. It restarts when all atoms or neutrons have left the scene.

What even is nuclear fission?

According to the comments in the code, the script recreates Uranium-235 atoms which get hit by neutrons. Some will get absorbed while others cause atoms to fission (the process where an atom’s nucleus splits into multiple, smaller nuclei), bounce off each other and cause that sweet chain reaction. And not a hint of Diana Ross.

Naturally, nuclear fission isn’t as simple as this in real life but it gives an idea of what goes on and there’s scope to add more functionality, according to Chris.

A future version will take into account collisions between atoms so that as more Uranium fissions, the fuel is gradually forced apart, turning from a solid into a liquid or gas, reducing the reaction until the chain ends.

Any chance of some Diana Ross in the next version too?

Give the 2D nuclear fission chain reaction simulation and have fun!