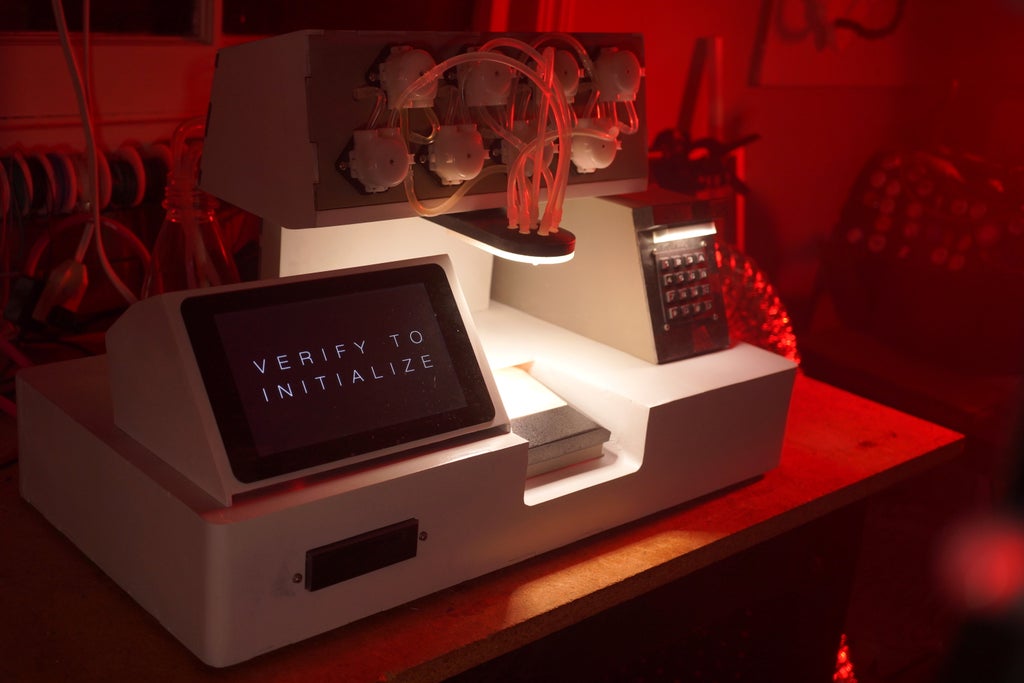 The year is 2040, and you could use a good drink. People say the best drinks are made in the off-world colonies, by robot bartenders programmed only to serve the elite. Lucky for you, one of those robot bartenders never made it off-world. If you can make it past its security system, you’ll be drinking like an outer space aristocrat.

That’s the concept behind the VK-01 off-world bartender, my Blade Runner-inspired cocktail machine. This machine was my second entry into the Cocktail Robotics Grand Challenge, an annual event in San Francisco where machines are judged on their ingenuity, popularity, and the quality of their drinks.

The machine uses not one but two Raspberry Pis as well as a host of other contraptions.

If you want to make it yourself, checking out Donald’s Instructables page for it and stream a video about it below.