Shiho Fukada’s three-part documentary is based on his portrait series, Japan’s Disposable Workers. This video looks at workers known as Net Cafe Refugees. 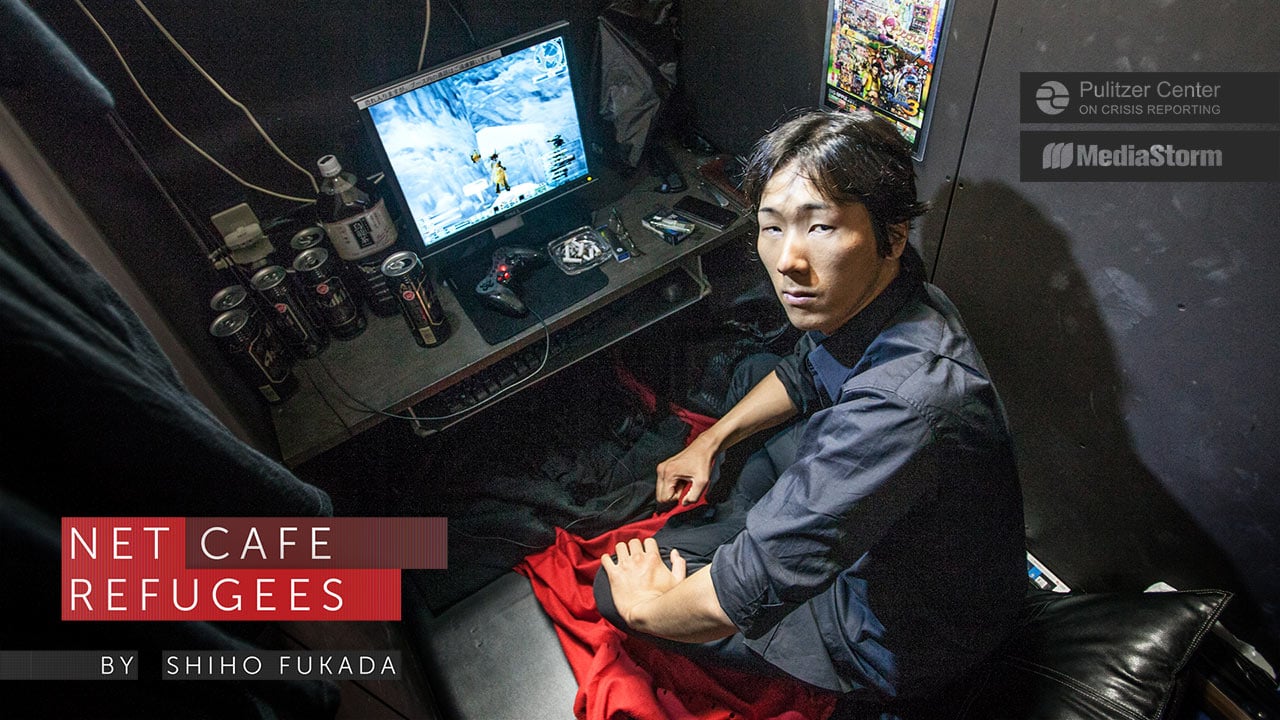 I remember visiting an internet cafe in my town before I got broadband in 2006. The internet wasn’t new to me but having less restrictive access (compared to school) was amazing and pretty cheap in the grand scheme of things. But living in one? That wouldn’t have been appealing, even for a 15 year old me.

Unfortunately, that’s the reality for some temp workers in Japan. As part of a series about Japan’s disposable workers, “Net Cafe Refugees” looks at internet cafe customers who used the spaces as living quarters:

“Internet cafe refugees,” as they are called by the media, are mostly temporary employees. Their salary is too low to rent their own apartments.

The number of low-paid temp workers, with little benefits and no job security, has been steadily climbing. Today, more than one in three are temporary workers.

The 10-minute video focuses on one such “refugee” called Fumiya:

Fumiya, for instance, chose a discounted monthly package that costs 1,920 yen or $25 US a day. It’s far cheaper than renting an apartment where he’d have to pay for utilities as well.

While that seems like an upside, the disadvantage of living and working this way is the inability to save money, which he addresses.

“I can’t live with a temporary job forever. I want to acquire more skills and become a full-time employee.”

Makoto Kawazoe of Young Contingent Workers Union says the phenomenon started in the late 90s but took a stronghold in the 00s. In Japan, around 38% of workers have temporary jobs and they often have very short-term contracts and very low pay (less than half of their permanent colleagues).

Who knows how much worse this will get as the pandemic continues and whether Japan will feel the brunt of the new strain.