The links between Michael Jackson and Sega aren’t a mystery but not all their collaborations are common knowledge. 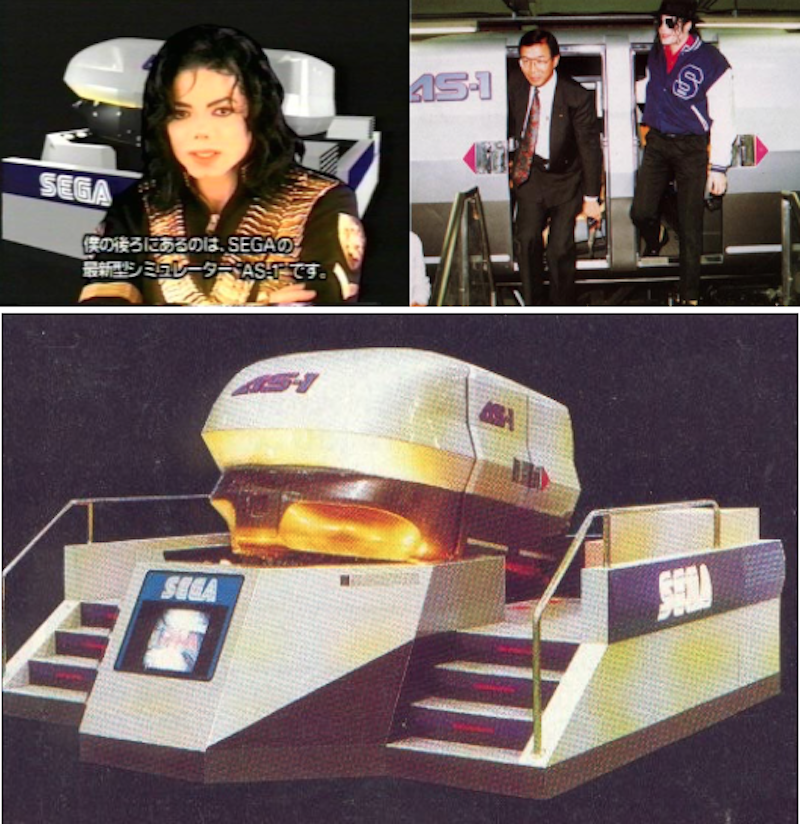 We know MJ lent his artistic prowess to the music on Sonic 3 but what I, and I’m sure many of you, didn’t know was this particular link up. Michael Jackson in Scramble Training was a piece of software made for Sega’s AS-1 motion simulator. It came out in 1993, around the time he worked with them on Sonic 3 and sees the King of Pop instructing you how to pilot a spaceship. Mike knows a thing or two about flying a spaceship. He starred as Captain Eo in 1986 with the help of some space critters. Unfortunately, the molestation allegations against him in that year killed Sega’s creative partnership and the software was replaced behind the scenes. What a shame. We would have loved to see more. I guess we still have Space Channel 5?

, only a few videos exist of Scramble Training. And you can watch them below.