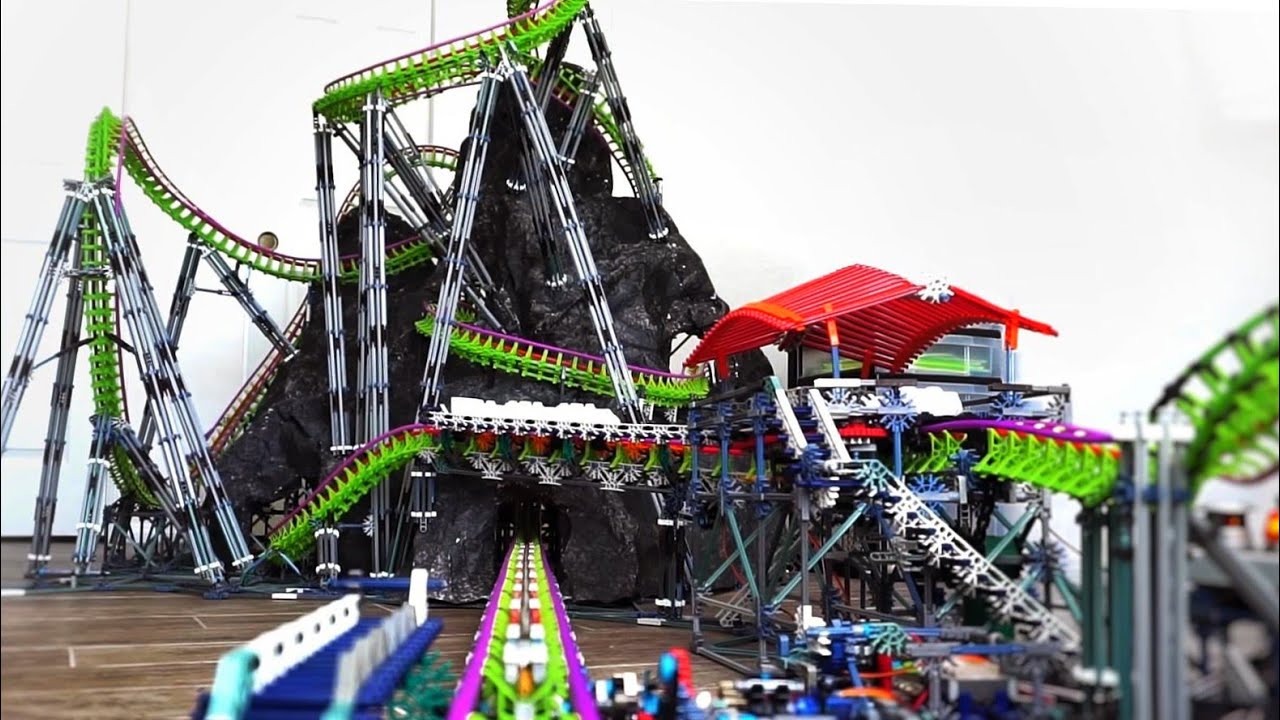 I haven’t played with K’Nex for over 20 years. The construction toy, created by Joel Glickman in 1992, offered an alternative to similar toys like Lego but didn’t have the same appeal or success. But there’s a lot you can do with K’Nex sets as Ryan O’Neill demonstrates on his YouTube channel.

O’Neill is a theme park engineer and, in his spare time, he creates K’Nex rollercoasters and uploads his progress to YouTube. The results are astounding with coasters such as Volcano, Scorpion’s Tail, Yeti, and his most recent creation (as of 2 years ago), Krakatoa.

For Krakatoa, O’Neill added some “volcano theming” and automated the fundamental elements using Arduino and servomotors (also used in the T2 tea bot we featured a while back). Due to its scale, the coaster took 2 months to complete.

The ride concept was inspired by Volcano: The Blast Coaster and Intamin’s hydraulic launch system. The ride is automated with an Arduino Uno, 6 micro servo motors, an incremental encoder, and a contact switch. The control panel uses Allen-Bradley 800H buttons and switches, and it allows you to run the ride with 2 trains in either manual or automatic mode. I initially designed the coaster layout in NoLimits to plan how it would integrate with the volcano’s terrain and internal structure. The volcanic rock texture was created using crumpled brown paper, spray-on orange peel wall texture, black spray paint, and LOTS of hot glue.