Home Projects This Raspberry Pi Electric Skateboard Is So Cool 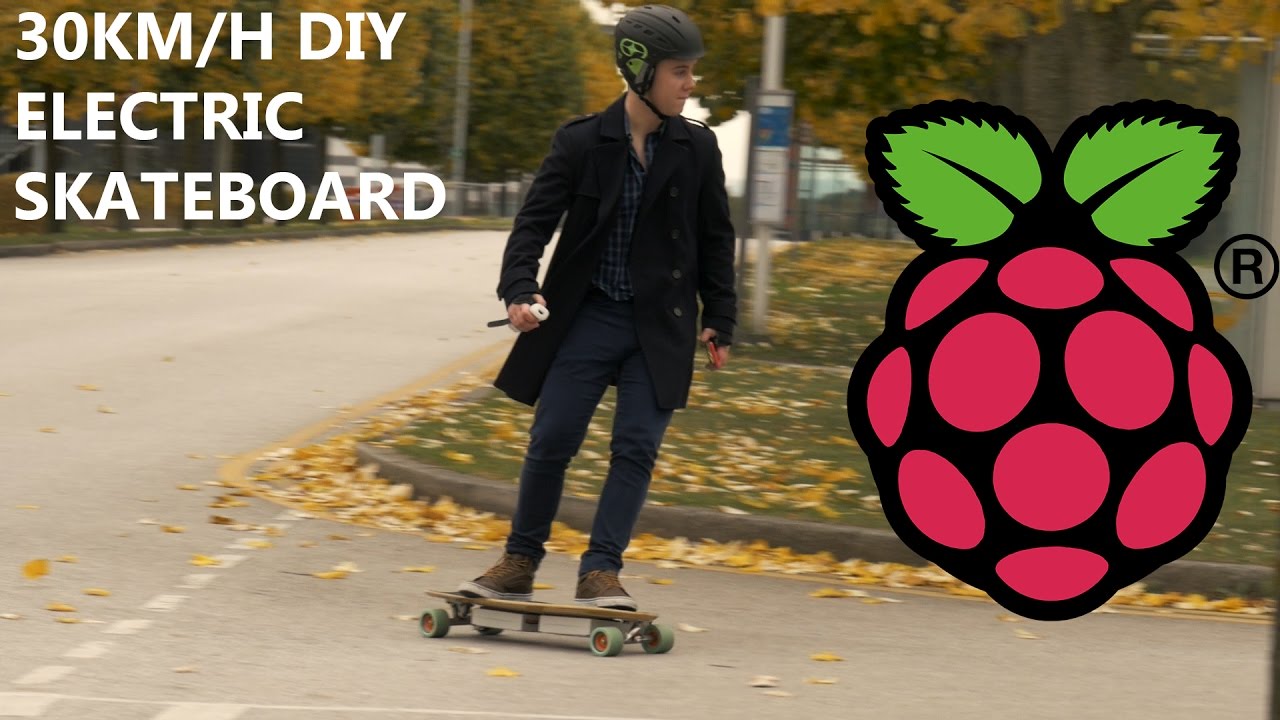 Travel in style with a Raspberry Pi Zero-powered electric skateboard.

My son has a skateboard and that’s super cool to me. I’ve not seen him on it yet but I know the idea of a Raspberry Pi electric skateboard would excite him.

The self-titled Raspberry Pi Guy built his own and it’s controlled with a Wiimote. You remember the Wii, right? That Nintendo console before that other Nintendo console nobody talks about anymore. Can we call this retro yet?

It’s a DIY electric skateboard on a budget

If you’re wondering how complex this would be to make, fear not!

Here are the parts you need:

A full list of the parts TRPG used can be found on his GitHub.

The Raspberry Pi is the bridge between the skateboard and the electric parts that make it move, such as the motor controller. It does that with about 100 lines of Python code and also controls the Wiimote’s Bluetooth connection. And what does the Wiimote do? Control the speed. All the skater has to do manually is steering.

How fast is this Raspberry Pi electric skateboard?

The Raspberry Pi Guy said he reached speeds of 30 km/h (about 18.64mph). In athletics terms, it could do 100m in about 12 seconds. That’s speedy for a DIY skateboard. But some have reached faster speeds – Mischo Erban set a world record for the fastest speed on an electric skateboard with 59.55mph (nearly 96km/h). That’s 100m in less than 4 seconds.

3 other DIY electric skateboards to check out

We start with The Flying Nimbus, named after the big yellow cloud Goku flies on in Dragon Ball Z. But it’s more than just a name.

Taiwanese creator and YouTuber Yes Ranger converted his hoverboard into an on-road cloud using fibre insulation and videos (like the one below) showed him flying through Taipei like a Super Saiyan.

Okay, this one isn’t especially wild. It’s The Raspberry Pi Guy’s electric skateboard but using a longboard and without a Raspberry Pi.

This board reaches similar speeds as the RPi variant but auto-shuts off after 5 miles so don’t expect to be travelling the country on this thing. There’s a lot of parts to this build but it’s not as expensive as I thought. Its creator, CoolRextreme, explains everything in this extensive post on Instructables.

It’s power through your soles. Or something.

SkateMetric calls it “probably the most powerful motorized skateboard out there” and just from the name, you get a feeling over the outdoors and braving the elements on a mountain board.

I wish it was called DIY 9,000W All-Terrain Mountainboard Beast as I’m not a fan of “patriot” in a name but whatever. Either way, it’s a beast and you can build your own with SkateMetric’s tutorial.

How to run a social network for your friends

This mini iMac is actually a custom Raspberry Pi 4

c-jump: the geekiest board game ever

How to run Linux on a thermostat