Hippos, whales, dolphins, and porpoises are all related but their skin evolution isn’t because of a shared ancestor… 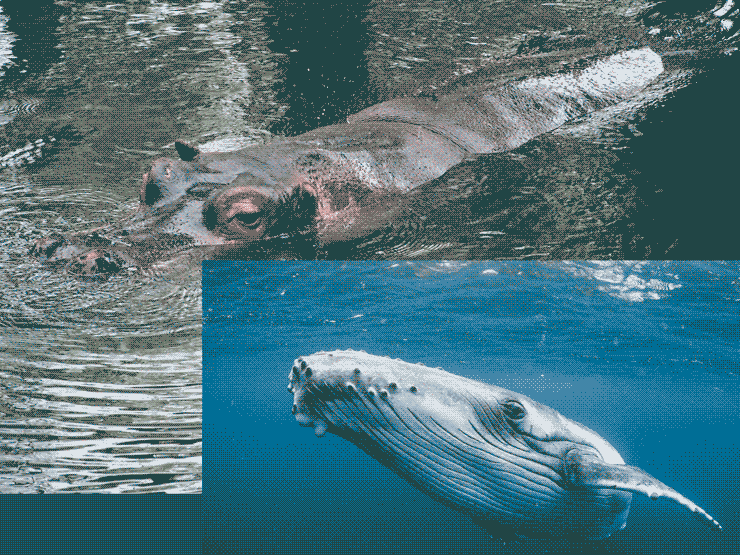 In April, the American Museum of Natural History published a remarkable study in Current Biology about the “aquatic skin adaptations of whales and hippos” and how they actually evolved independently rather than through a “shared amphibious ancestor”.

Titled “Genomic and anatomical comparisons of skin support independent adaptation to life in water by cetaceans and hippos“, the paper analysed both cetaceans (whales, dolphins, and porpoises) and hippos’ skin and discovered 8 inactivated genes but none of them shared inactivating mutations. This suggests their adaptations to aquatic life were independent of each other.

“When you look at the molecular signatures, there is a striking and clear answer,” said study co-corresponding author and evolutionary genomicist Michael Hiller, from the Max Planck Institute of Molecular Cell Biology and Genetics and the LOEWE-Centre for Translational Biodiversity Genomics in Germany. “Our results strongly support the idea that ‘aquatic’ skin traits found in both hippos and cetaceans evolved independently. And not only that, we can see that the gene losses in the hippo lineage happened much later than in the cetacean lineage.”

This throws out the idea that hippos and cetaceans had an ancestor that gave them skin that helped them live in the water completely (cetaceans) and semiaquatically (hippos).