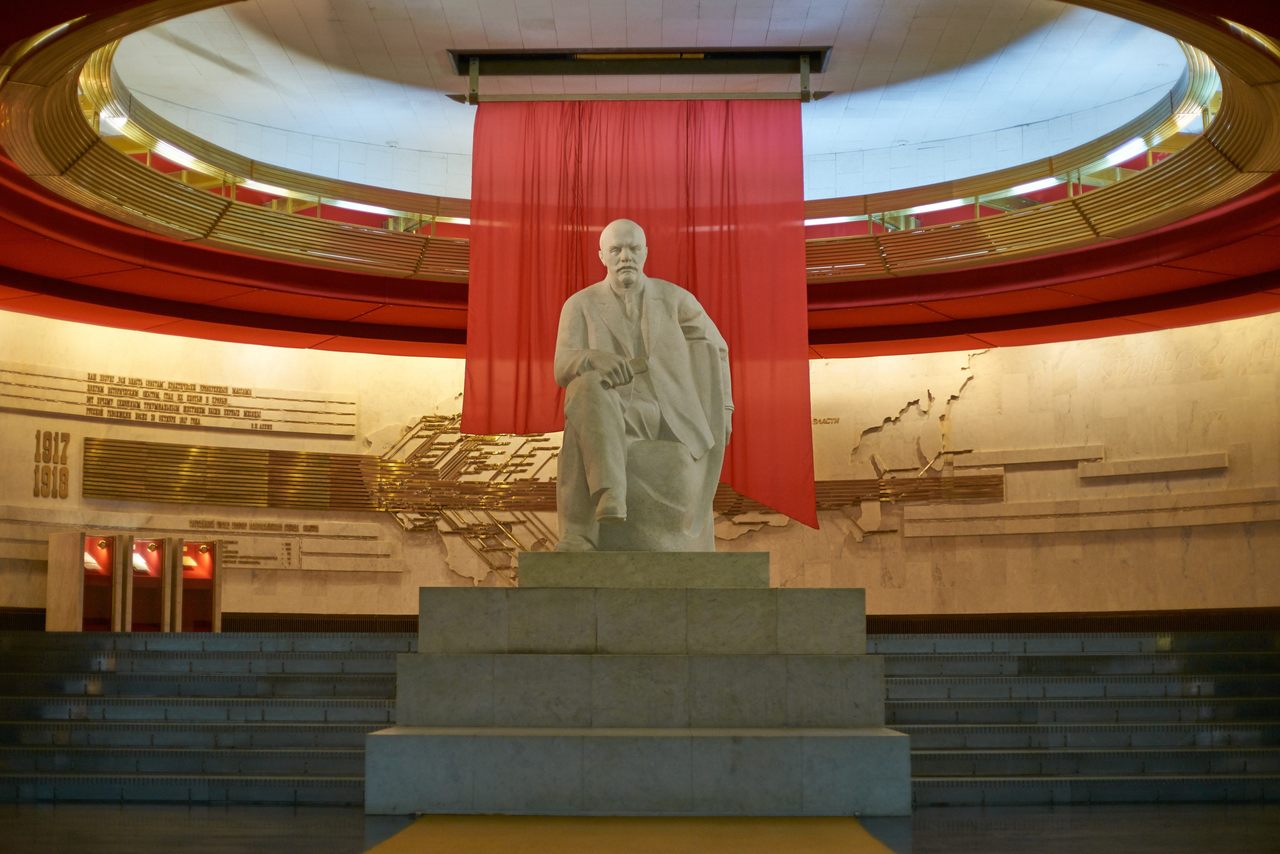 Lenin died in the work settlement in 1924 and Gorki was renamed Gorki Leninskiye in his honour. But besides the homage to the former Communist leader, the Lenin Museum is home to a unique oddity: it runs on Apple II computers. That’s a remarkable feat for 2020 but Apple II’s were still a decade old when the museum opened in 1987 (they were discontinued in 1979).

The reason the museum uses Apple II computers at all was due to another technology: The Electrosonic ES4000. This from Atlas Obscura:

The Soviets were well-versed in the construction of impressive buildings, and the museum was designed by Leonid Pavlov, a constructivist architect who had already built several research and computing centers in a similar cuboid fashion. But creating machinery for a smaller-scale visual spectacle turned out to be a challenge. Lights, motors, and reel-to-reel players had to be synced to each other, each following a script to the second.

Fortunately, there was worldwide demand for equipment that could control such devices. In 1981, the British audiovisual company Electrosonic launched the ES4000. It was a set of computer accessories and software that helped technicians program the building blocks of multimedia exhibitions. The system was built into a computer Electrosonic was already using internally—the Apple II. (A 1987 copy of Apple User magazine spotlighted the ES4000.) The choice of an Apple machine simplified the distribution in many parts of the world. By sticking to a popular, off-the-shelf computer, the company could buy Apple computers locally and extend them with the ES4000 hardware later.

After working around a Soviet law that forbade trading directly with foreign companies, Electrosonic kept providing the hardware and the Lenin Museum is still fully functioning. However, according to Boris Vlasov, Deputy Director of Research at Gorki Leninskiye Museum-Reserve, maintenance of the Apple II’s are the responsibility of former staff, “who come out of retirement just to provide upkeep to the machines”.

The 1789: the hypercar that runs on biomethane