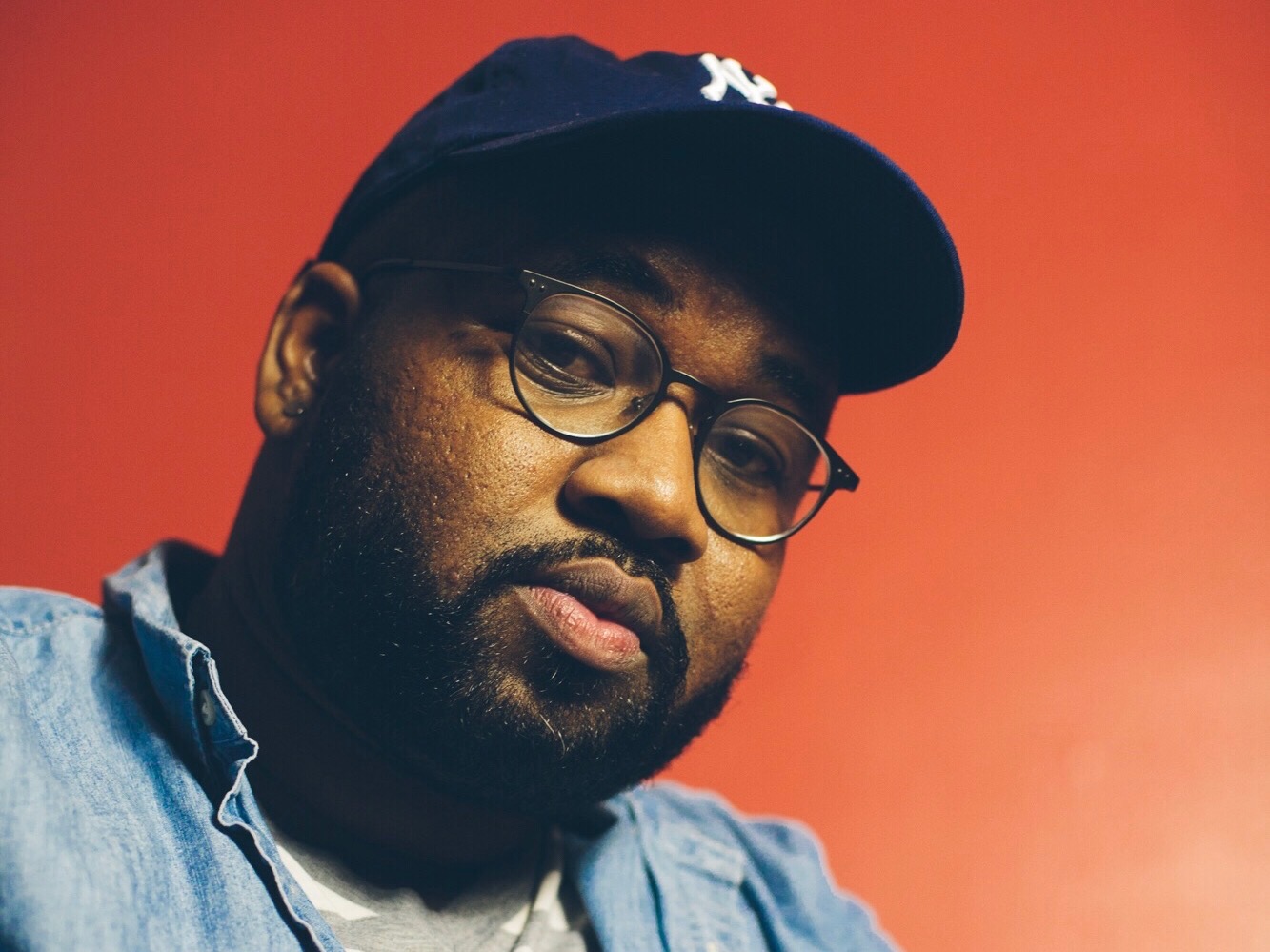 To mark DatCode’s first birthday, we caught up with the founder: Jer’Maine Jones, Jr. and discussed his origins as a coder, his thoughts on diversity in Silicon Valley and what gave him the impetus to start a community for black coders.

Logicface: Tell us how your coding journey began.

Jer’Maine Jones, Jr.: It actually began in college, to be honest with you. I don’t have a super awe-inspiring story about why I started to code; I actually thought I was gonna be an illustrator or concept artist on video games. But, and I’m sure others can relate, when people who love you tell you “hey, maybe you should do this because it pays,” for whatever reason (which typically boils down to money) you tend to take that advice. And it’s not always a bad thing ‘cause I did end up liking being an engineer, and my first programming class while in college solidified that for me. I get to use just as much creative energy as I would with the arts.

LF: What do you use as your primary computer? What is your operating system of choice?

JJ: Lately, doing web development, I’ve been working more on macOS since the tooling you would need is much more robust than on, say, Windows, which usually catered to their web technologies more. I don’t really have a preference: I look at them as tools and picking the best one for the job, and I’m savvy enough so I can figure out what to do when shit goes left. So, no biggie.

LF: Every developer has their preferred tools of the trade. Do you have a favourite IDE and/or text editor?

JJ: When I’m doing web design I swear by Adobe’s Brackets text editor. They have a Live View feature built in that basically creates a web server on your box, and will live update your webpage as you work on it.

Another one I’m fond of (and lots of other people are) is GitHub’s Atom. It’s built on their Electron platform which means it’s a desktop app that’s built using HTML/CSS and JavaScript, making it really hackable and customizable. Very robust community with tons of extensions and add-ons for your personal dev environment.

LF: Are you familiar with Linux? If so, what distributions have you used?

JJ: RedHat is what we used in college. I’m most familiar with using CLI (command line interface) but haven’t really been interested to look at the different flavors outside of that and Ubuntu. CLI is all I ever need and not looking for a fully functional OS with a GUI (graphical user interface), or any other idiosyncrasies between.

LF: Imagine that you are given the power to instantly learn and permanently retain the knowledge of one programming/scripting language. Which language do you choose? Why have you chosen this language?

Python’s very versatile and has great tooling and developer community. But really I just wanna be a hacker like my boy Elliot Alderson.

LF: “Diversity” seems to have become a hollow buzzword amongst a still largely monochromatic Silicon Valley. What does the term mean to you? Do you think that the Valley will ever truly sort out its diversity problem?

JJ: It’s probably gonna stay hollow because they don’t actually care; they just put on so that their brand that they’ve worked so so hard to build will look better.

More importantly, it’d be nice if we (read: marginalized people) could move away from why it’s not diverse already and what they can do to fix it, and really just focus on what is we’re trying to build. We’ve given them numerous talk time and screen time telling them what needs to be done, and they still don’t do it. So that’s why with DatCode, we’re going to make sure we lift up those who have been out here building and being tech laureates outside of the view of Silicon Valley, on top of making sure those who want to join in on it have the appropriate resources and pipelines available so they can get paid.

LF: For some reason that defies all logic, Ajit Pai seems hell bent on repealing Title II, thus ensuring there will be virtually no legal enforcement of Net Neutrality. On what side do you fall in the Net Neutrality debate? What are your thoughts on the way in which the current leadership of the FCC is handling the issue of Net Neutrality?

JJ: Internet should be a utility. Full stop. As much as we rely on internet-connected tech in our day-to-day, it’s surprising that it hasn’t been done already.

Actually, it’s not that surprising: it’s capitalism. The internet service providers want to maximize profit while avoiding making the necessary infrastructure upgrades to handle our ever-increasing internet usage. That’s sounds pretty bonkers, that what was essentially the beginning of the new industrial age has just completely stopped innovating because of capitalism, when they tell you it’s supposed to be the opposite effect.

LF: What motivated you to start DatCode? Why did you choose Slack as the platform to host the community?

JJ: There was a moment back in June last year where I really thought about what I could do, at that point in my life, to give back. I didn’t know exactly what it would be, but it stuck in my mind for a bit after that.

How it actually came together was really just happenstance: I just made up a hashtag. I wanted to engage with more people on twitter about coding so I started using #DatCode (the “Dat” stuff was popular around that time, forgive me), and Ann Daramola suggested “hey, let’s make a Slack group,” which I thought was a wonderful idea. And being so determined to Do The Most, I said “alright, let’s go all-in”: I got to working on some branding, a quick one-page website so people could join the Slack group, and it just took off from there. My mind went a mile a minute about what I thought we could do with it, and it boiled down to sharing knowledge, conversing with other Black and Brown developers, and at any given point we could link up and collaborate on a project.

As far as the choice of Slack, I think it’s ‘cause we’d already been a part of other communities that have used Slack in the same way. Its feature set is really cool and works just as well for general community usage as it does for work environments. What I think has been something exciting that we’ve recently come around to is the ability to create your own apps, for your Slack group or for Slack-at-large through their apps marketplace. There were a lot of apps we had installed like Dropbox and Trello, and since we’re on the free tier there’s a limited amount of things we can add. At one point I wrote a slash command to post resources we share to our Buffer account, which then posts to our social media. When we had to remove it ‘cause we needed something else I thought, “why don’t we just make our own app and add as many services as we want?” And that’s how we came to think of Slack as not just a host, but the hub of DatCode. Everything we do is funnelled through Slack already, so adding little services to our app allows us to more effectively use all of that information passing through it as much as we can. For instance, since we’re on a free tier with no access to the archive, Mark Henderson came up with an idea to save those resource links we share to a database that we maintain. That opens us up to reuse those resources, which will pretty much continuously update, and say, give it a spot on our website to point to and say “here’s the knowledge coming through this Slack. Use what you need.” So it’s things like that, that have made Slack really the perfect platform for a community mostly built on our exchange of knowledge and learning resources to people who need it.

LF: DatCode has recently branched out, into the excellent talkdatcode podcast. How did the idea to start a podcast come about? When can we expect more episodes?

JJ: Let me first say on behalf of the podcast regulars, we are so so glad you enjoy it because we absolutely love talking. Our episodes have run anywhere from an hour to a little over two hours, so that you stuck it out and listened is a joy to hear.

I’d always wanted to do a podcast, as did others in the Slack. Early on we would do weekly stand-up meetings via Hangouts, and open it up for people to join in and hear about what we were working on. When that didn’t seem like the way to go, we went back to the drawing board and thought maybe something a bit more casual and relaxed, while still talking about the tech topics that were important to us, would work. And it did! We’d have a list of topics but we could talk on and on about ‘em which meant, as mentioned, it ran a little long. So now we’ve taken another approach with it and are starting to record what we call “Bytes.” We like that our Slack group covers a range of topics from design to politics to music, and not just code. Bringing that out of Slack into our podcast we think is a great idea, and slicing our chats up into Bytes covering each topic for about thirty minutes at the most makes it more digestible for everyone; and you can pick and choose what you wanna hear us blabber on about.

New episodes are gonna come when I get my personal life together. Sorry y’all have been waiting! 🙂

LF: For those who may be interested in joining DatCode or listening to the talkdatcode podcast, where can they be found? Do you have any social media pages?

JJ: The podcast is on iTunes and Google Play, and they’re hosted on SoundCloud so you can find them there, too.

You can find DatCode at: http://www.datcode.io, which is also where you can sign up for the Slack group. If you’re on Twitter, you can give us a follow: @talkdatcode (and use the hashtag #DatCode to share what you know!)

LF: Thank you for taking the time to do this interview!

JJ: Thank you for interviewing me! I’m extremely humbled, and I hope DatCode has been a great resource for you and others.