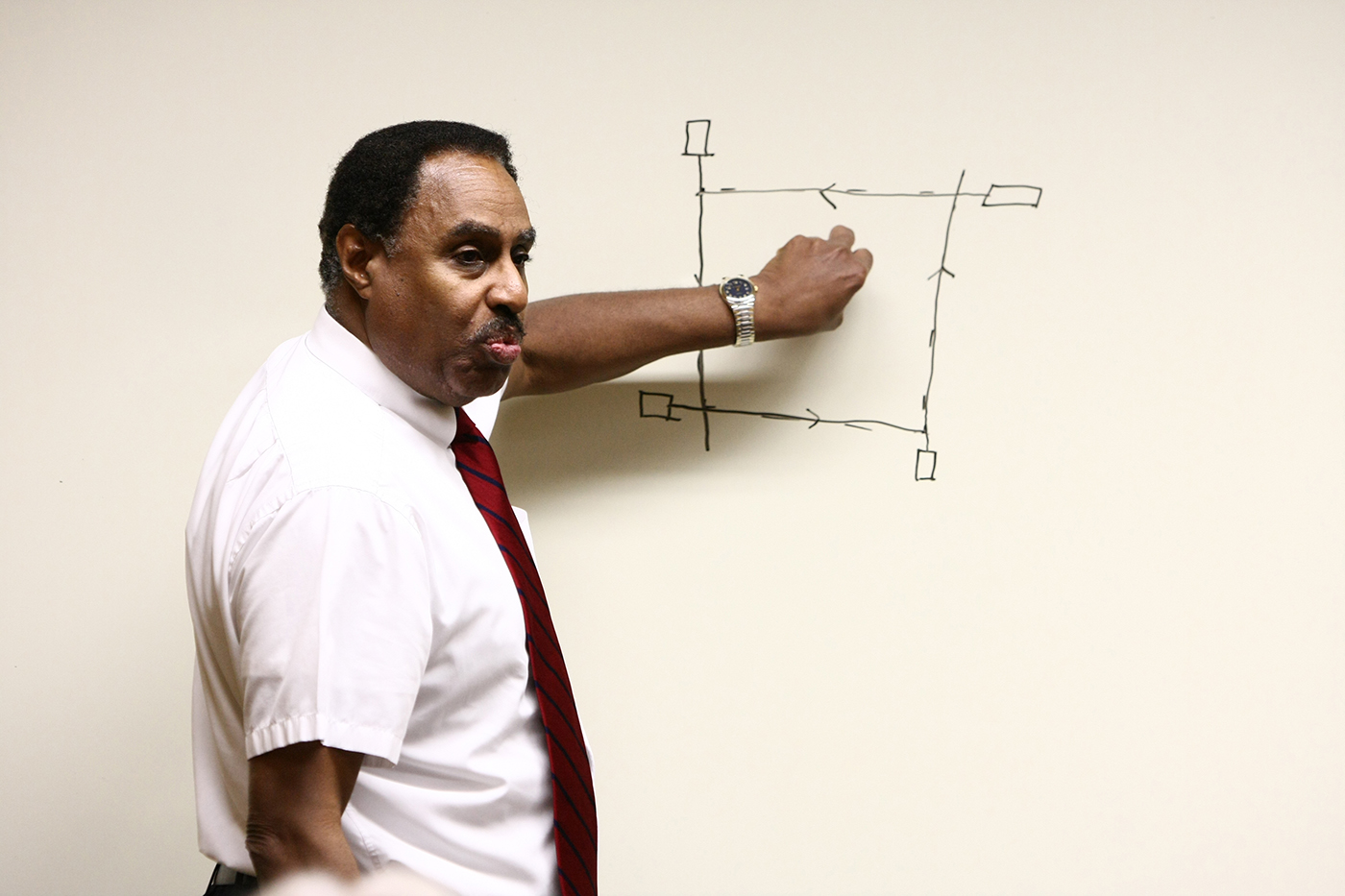 I love time loop movies (usually because there’s a romantic plotline in there and I’m a sucker for romcoms too). But they often show the protagonist become a better person with their “unlimited” time and that’s the story arc that resonates with me the most. Living in lockdown may feel like this but in truth, time looping or time travel doesn’t exist (besides the regular one-second-at-a-time travelling we’re doing right now). Or is it?

Ronald Mallett is a Black theoretical physicist at the University of Connecticut (UCONN) and he is best known for his belief that time travel is possible. But it’s not just a belief. Mallett has done the numbers and has pursued the creation of a fully-fledged time machine for decades.

While acknowledging that his theories and designs are unlikely to allow time travel in his lifetime, for years he’s been working in parallel to a respected academic career to fulfill his dream of venturing back in time to see his beloved father again.

An extract from a CNN piece on Ronald Mallett

His father passed away when he was 10 and that moment changed his life forever. A year after the event, he found H.G. Wells’ The Time Machine, thus inspiring his fascination with time travel. Mallett buried himself in books and soon discovered the work of Albert Einstein and general relativity, now one of Mallett’s many research interests.

After a stint with the US Air Force, he found his feet in academia, gained a doctorate in physics and worked at United Technologies before joining the University of Connecticut as an assistant professor of physics in 1975.

As functional time travel is considered to be nigh-on impossible, Mallett knew he had to reach the very top and gain tenure before he could reveal his main ambitions for fear of reprisal and dismissal.

I wanted to make sure that I got to that pinnacle of professionalism. […] Even then I was a bit reluctant.

After speaking openly about his theories, he found kindred spirits but his papers have naturally received criticism. One of Mallett’s ideas was to slow down the speed of light by passing it through a medium to gain the necessary energy to achieve time travel. But fellow physicist J. Richard Gott disagreed with this concept:

One has to distinguish between the speed of light in a vacuum, which is a constant, and through any other medium, which can vary enormously. Light travels more slowly through water than through empty space, for example, but this does not mean that you age more slowly while scuba diving or that it is easier to twist space-time underwater. The experiments done so far don’t lower the speed of light in empty space; they just lower the speed of light in a medium and should not make it easier to twist space-time. Thus, it should not take any less mass-energy to form a black hole or a time machine of a given size in such a medium.

Mallett has since abandoned the idea but still remains hopeful.

If you can bend space, there’s a possibility of you twisting space. In Einstein’s theory, what we call space also involves time—that’s why it’s called space-time, whatever it is you do to space also happens to time.

In 2006, Mallett co-wrote “Time Traveler: A Scientist’s Personal Mission to Make Time Travel a Reality” with Bruce Henderson. That same year, he announced that travelling back in time “would be possible in the 21st century and possibly within a decade” using lasers, the technology he worked with at United Technologies.

Then, two years later, Spike Lee acquired the film rights with the intention of directing the movie. Whether we’ll get to witness time travel in our lifetimes is not for me to say. But the bravery, belief and determination of a Black astrophysicist to reach the peak of his career and work on this are remarkable.