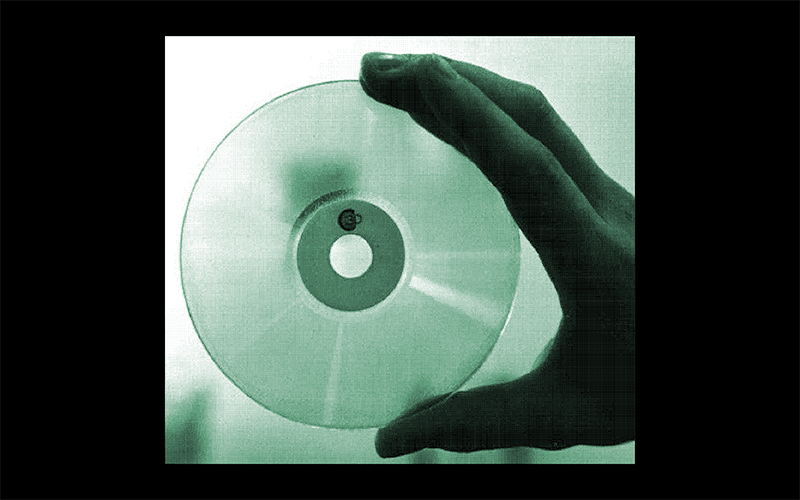 When it comes to data storage, the project management triangle comes to mind when I think about the winners and losers.

Fluorescent Multilayer Discs (FMDs) were a type of optical disc made by Constellation 3D. FMDs use fluorescent materials to store data rather than reflective components like CDs and DVDs. As CDs and DVDs use reflection over two layers to read, write, and store its data, there are limits to how much it can do as well as issues with interference.

But with Fluorescent Multilayer Discs, the fluorescence gives the discs the same properties as 3D optical data storage, allowing for up to 100 data layers. More data layers mean more storage space and the theory was FMDs could hold up to 1TB of data compared to up to 9.4GB on a double-sided DVD.

How does it work?

Here’s what makes a Fluorescent Multilayer Disc so cool:

A 50GB prototype was shown at COMDEX in November 2000. But what happened? Money.

Constellation 3D shut down following “a failure to receive a committed investment by a Swiss-based investor” and nobody else bailed them out. The company later filed for bankruptcy and, in 2003, D Data Inc. acquired Constellation 3D’s patent portfolio, including the FMD. They rebranded it as the Digital Multilayer Disk (DMD) probably as it sounded closer to DVD and everything was “digital” at the time.

As Digital Multilayer Disks, the format’s ambitions aren’t as lofty. They still exist but can only store between 22–32 GB of data but can potentially hold up to 100GB of data. There’s also the fact that the market was saturated for discs that could be read by red laser technology such as:

So there you have it. Even if Constellation 3D had the money to carry on in the early 2000s, I don’t think they would have succeeded. Consumers had no need for storage that big and that’s where the money was. But I love the idea of a clear fluorescent disc.