With the help of a supercomputer, scientists have come up with a theory about the Earth’s core and why it doesn’t melt. 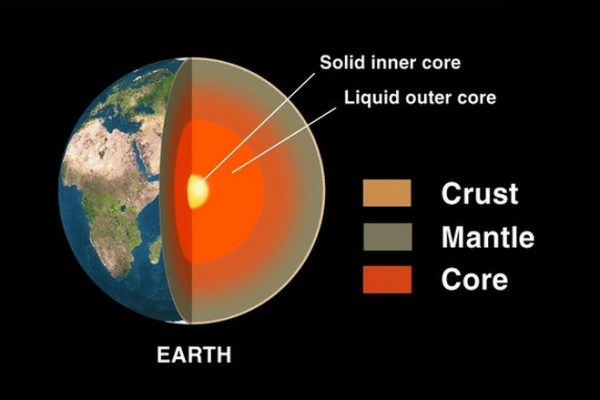 As you may have heard, it’s impossible for anyone or anything to reach the centre of the earth. The concept inspired by Charles Lyell’s “Geological Evidences of the Antiquity of Man” and later,  Jules Verne’s “Journey to the Center of the Earth”. The reason you’ll never get there is because the core is approximately 5,427° C (9,800° F). Despite this, the inner core is solid iron and a quick look on Wikipedia tells you iron’s melting and boiling points are 1538 °C and 2862 °C, respectively.

So how can it remain a solid under these extreme temperatures? A study from KTH Royal Institute of Technology might shed some light on the situation with a proposed theory involving the simulation of solid iron under similar conditions. From the analysed data (done so with help from the Swedish supercomputer Triolith), it was determined that the core was around 96% pure iron and the other 4% comprised of nickel and other elements. You can stream the video below to see the team explain their findings.

(I wonder if they know anything about steel beams and jet fuel?)

(via KTH and New Atlas)