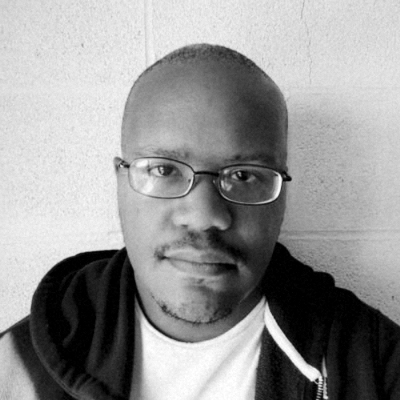 David Majors is the producer/host of Anime Podcast of Some Sort, It’s In Season and Two Nerdy Black Guys; three delectably nerdy podcasts that are essential listening for any self-professed blerd or otaku. Topics of conversation included: Diversity in Comic Books, the anime that he’d watch on a voyage through the cosmos and the technology that he uses to record and mix his podcasts.

Logicface: For those who may not be familiar with you, could you tell us a bit about yourself?

David Majors: I’m David Majors. First and foremost, I could best be described as the head honcho of Delta Juliet Mike Media, which is home to a number of podcasts I host and produce. Podcaster, producer, progressive rock aficionado, Detroiter, upstanding gent.

LF: What does the term “blerd” mean to you? Do you self identify as a blerd?

DM: It’s a term I don’t run away from. One of my podcasts is called “Two Nerdy Black Guys”. The name was NOT my idea. The term ‘blerd’ didn’t exist when I was growing up, but I’m glad it does now, because so many of us struggled for so long with our own identity. We are a oft-ignored segment within a minority. A sub-genre of a greater genre that is too often passed by.  You can call me a blerd.

LF: What are your thoughts on the current state of diversity within comic books? Do you think that Marvel’s recent efforts to diversify their their portfolio has contributed to the tangible dropoff in sales of their titles?

DM: Here’s an ugly truth, we are seeing that there is a lot of antipathy towards diversity in nerd culture. The stereotypical comic book guy who has felt himself ostracised for so long now sees his safe space being invaded by others. Women, racial and ethnic minorities, people outside of the gender spectrum, etc. They also want to ensure that their voices are heard. Now, not to get into the socio-economics of it all, yes I think that drop off in sales is due to what CNN’s Van Jones called a “whitelash”. I also think that comic books are generally incomprehensible and  usually not worth investing in long-term. So much fractured storytelling is also a factor.

LF: You are put in charge of anime studio and tasked with creating a faithful adaptation of a media property (manga, videogame or light novel) that will air in the next season. What do you adapt and how would you go about adapting it?

DM: I would say that I wouldn’t do it, unless it’s a TV show or a TV mini-series. Film adaptations of anime, especially anime series, are enormously difficult. When you have an anime property that has two decades of source material and fan expectations, fitting all of those into a 2-hour film is a fool’s errand. Point blank, no.  I would call Christopher Nolan to help me get my own screenplay into theatres before attempting to adapt an anime.  I’ve never written a screenplay.

You let me do a TV mini-series to adapt Kino’s Journey, and we’re having a conversation. 10 episodes, the SyFy channel.  It’s an atmospheric show that is episodic for some and tells a narrative later. It has action, a little light-heartedness, and the kind of protagonist that people would appreciate over time in Kino.

LF: Imagine that you are asked to join the crew of the Outlaw Star for a voyage to a newly discovered star system. You can take up to 5 anime Blu-Ray boxsets with you. What do you take and why?

DM: GiTS: Stand Alone Complex, because I believe it is the hallmark gateway “I don’t like anime” anime for everyone. Ergo Proxy, because this question bears a striking resemblance to the story of how Earth ended up the way that it did. Mobile Suit Gundam SEED, because it is a healthy mix of war, emotion, cool robots. Show the aliens, see what they can do to give me a mech. Bobobo Bo-Bobobo. It’s funny. That’s it. The entire Dragon Ball Saga, because somewhere out there in the universe, the aliens will need to see that my taste in anime isn’t the norm.

LF: Are you a podcast junkie? If so, what podcasts can you be found listening to?

DM: I recently started the Bernie Sanders Show. In my normal rotation is We Have Concerns, the Daily Tech News Show, NPR’s How to do Everything, and Current Geek. I also keep tabs on the other anime podcasts out there.

LF: What gave you the impetus to start producing your own podcasts?

DM: I’ve always been a not-so-low-key radio/broadcast/TV nerd. Growing up, my dream was to be on TechTV. When that folded and I discovered how many former TechTV people were doing podcasts, I figured I’d give it a shot. My first podcast was called “Super No Vacancy”, about covering the weeklies in the world of pro wrestling. My podcasts are based on my interests, and because my 2NBG co-host Brandon Cooper was coaxed into asking me to do a podcast with him.

LF: How do you go about mixing your podcasts? What software do you use? Are there any specific plugins that you utilise to help shape the final mixes?

DM: With full disclaimer, this is my method and my method only. I do not proclaim to be an “expert”.  For Skype recordings, I use Audacity and Virtual Audio Cable. It allows me to record everything live with multiple tracks, with tons of room in the mix for editing. Virtual Audio Cable sets up…virtual cables, so the Delta Juliet Mike Mothership (My desktop PC) sees a mixing board with multiple inputs, when it’s really all internal.  I have an Audio Technica AT2020 USB microphone, and most of my other cohosts have something similar. After the recording, I take the raw audio and put it into CN Levelator, to ensure everyone is on an even playing field for ears. That audio goes back into Audacity for the final cleaning (noise removal, pops, clicks, etc) and i export the mp3 at 96kbps.  Again, this is only me and me alone.

LF: Thank you for taking the time to do this interview!

DM: Thank you for taking the time to reach out! It’s a pleasure and a privilege. Two Nerdy Black Guys, Anime Podcast of Some Sort and It’s In Season can be found on iTunes, Stitcher and all the other podcatchers out there. You can also listen on the web and the super-well-designed deltajulietmike.com!