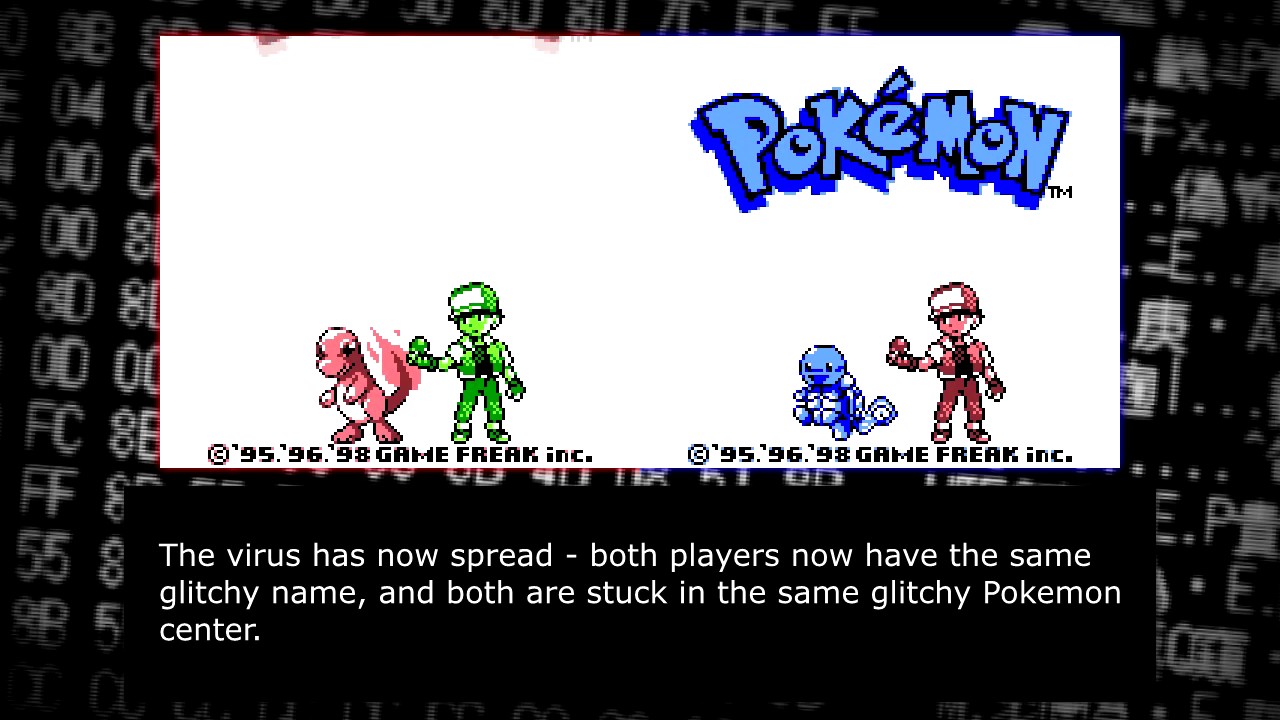 If you’ve played Pokémon Gold/Silver/Crystal before, you’ll have heard of Pokérus. It was a virus that allowed your party to gains double the effort values from battling once it spread. The chances of catching it “naturally” were 3 in 65,536 (about 0.0046%) so your best bet would have been cheating or catching it from a friend who already had an infected Pokémon. The virus has travelled through the generations into the later games but now there’s a new virus, engineered for the original Red & Blue games. This would have been a niche exploit a few years ago as the only way to play Red and Blue then was via an emulator or the original carts. But thanks to the anniversary re-releases for the Nintendo 3DS and connectivity to Pokémon Sun & Moon, it’s a worthwhile virus to catch. But why would you want to catch a virus?

Its creator, MrCheeze, crafted a way to delete your opponent’s save files just by playing against them. In a similar fashion, this virus self-replicates the save game and overwrites your opponent’s. Pretty bog standard viral behaviour, but where are the benefits. As the video below explains, this also comes with an added tool called 8F. This is well known to speedrunners as it allows you to include arbitrary code to the game to do almost anything you want. And what’s the Pokémon motto? Gotta Catch ‘Em All! Yes, with 8F, you can add any Pokémon you want to your box and because it works on the 3DS system, that means you can transfer these critters to Sun & Moon!

The video below explains it all in detail and niftily includes the accolade “world’s first self-replicating program for the Game Boy, or indeed any dedicated gaming system). Rejoice!

Choco Mountain: The History of MK64’s Most Infamous Track